Thought I would share how things are NOT going with my idea. One day I hope to take a photo of a person with a real amazon grey parrot for the cover. Until then, I shall return to using the bubble photo for the front, make a few tweaks to the text, and finish off the back cover.

If I spend any more time on this, I will never get CRISIS COMPANY printed!

So here’s my attempts at Pete and Loopy: 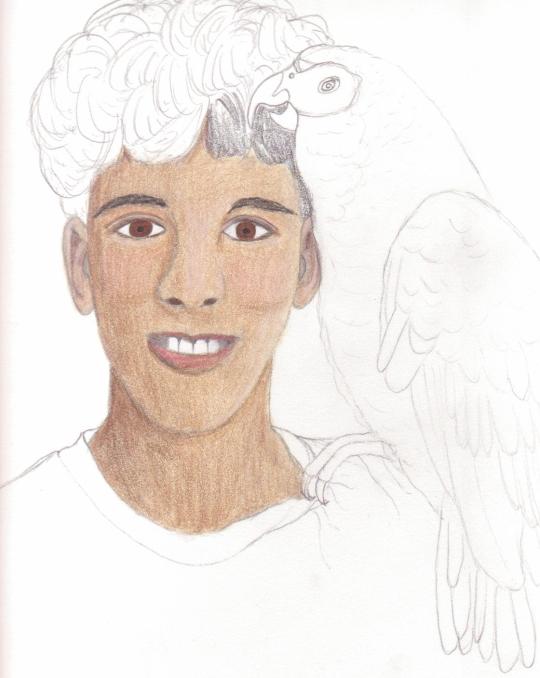 (Note: Because of the extreme contrast, the pencil sketch of Loopy does not show up very well).

Pete’s skin color went very badly on this one. I tried a combination of colored pencils and markers (both artist quality) but it just got worse the more I tried.

I was rather sad about leaving this drawing though because Pete’s ears were really good! lol 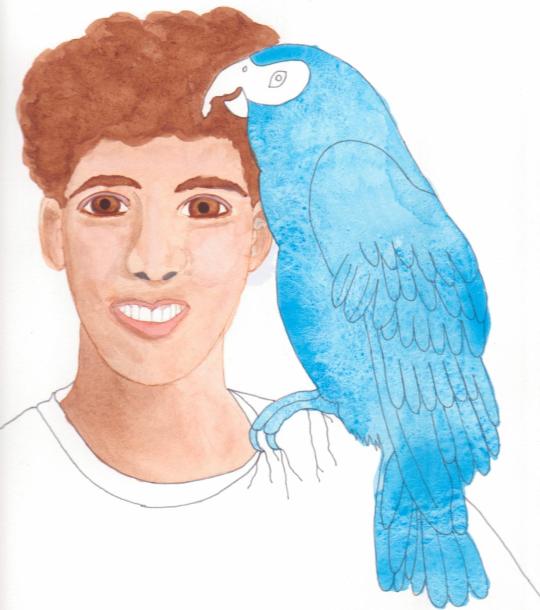 Pete’s skin color looks much more human but his eyes and eyebrows as well as his hair are quite off. I tried making his coloring lighter than I think Pete’s is, so Loopy’s beak would show up, but I do not like this at all.

Loopy has a base coat of manganese blue with lots of texture that I was going to enjoy making into feathers.

So, that’s where I am stopping for now. I may come back to this later and create a new cover. As my books are all “print on demand” I can make changes and give the printers something different in the future.

As always, my sweet husband is at the top of my thank yous!

And many thanks to some wonderful buddies who encouraged me to explore this idea.