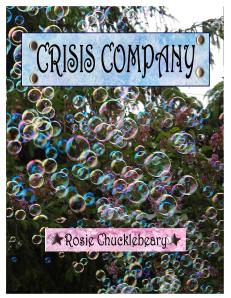 “AHHHHHHHHHHHHHHHHHHHHHH!!!!” Pete screamed loudly but not quite at the top of his lungs. His voice went up a full octave of the musical scale, doh re me fa sol la ti doh. He made sure nothing sounded like a swear word. He pounded on his desk, being careful not to hit his keyboard or shake his ancient computer too much.

His mother appeared at the door of his room, looking tired and anxious.

“Are you alright?” she asked as she put down the laundry basket on his bed.

“I’m just so so so so frustrated! I can’t defeat the Evil Fuzz Balls. My score is pathetic. And there’s no way I can do any better with this idiot computer from the Stone Age!”

Patty sat down on Pete’s bed.

“It’s like this, Mom. I know I can’t get a trophy on the game. Or any other game for that matter. But I want to get through the last level. That way – when someone looks at my user profile, they see Awesome Kalhound is a good gamer. No trophies but some decent scores. Right now, if anyone looks at my scores – they think – total loser!”

“What about trying a different game?”

“It’ll be the same no matter what I try. This hunk of junk is just TOOOOO slow!”

“So tell me what you’re trying to do.”

“OK. I’m the last guy on the space station when these Fuzz Ball things attack. I have to kill them all to finish the game and save the planet. But I can’t shoot fast enough because this stupid thing is too slow!”

“Maybe you should stop frustrating yourself and play something else. Something where the speed doesn’t matter,” Pete’s mother suggested.

“But they’re all the same. And the point is to keep playing the game, to get better and better until one day – WOOT WOOT! I kill them all and get my Gamer King status. Then I try another game and pretty soon my profile starts looking pretty awesome. Right now I look like some little kid who doesn’t even know how to click my mouse!”

Nancy shook her head sadly. Heavy footsteps came up the stairs and down the hall.

Pete’s Dad appeared in the doorway.

“Now what’s the yelling all about?” he demanded angrily. “I’m dealing with a crisis here and I need to concentrate.”

“What was that?” Glaxton demanded.

“Nothing,” Pete replied with a sigh. “No crisis here, Dad. Mom was just dropping off my laundry. I’m going to put it away and then I gotta go to work.”

“Fine then,” his father replied and trudged back to his office, slamming the door behind him.

“You know we can’t afford a new computer,”Nancy said sadly.

Pete walked over and put his hand on her shoulder.

“I know. I understand. Just gets me angry some days. Sorry.”

“Well, the obvious answer is – go get a real job!” Nancy, Pete’s older sister, said, smiling maliciously at him from the doorway. “Then you can buy whatever you want.”

“No thanks,” Pete replied. “I don’t want to turn out like you! All you care about is making money. Nothing you do helps the world!”

“Yeah – like picking the perfect perfume saved anyone’s life or helped a single endangered animal. Jeez. You ever look at your labels? Most of your stuff is still tested on animals!”

“At least I don’t smell like an animal when I come home from work.”

“At least I smell like something real! You stunk up the whole house with Gardenia Heaven last week. It gave me a splitting headache!”

“Enough!” Patty yelled. She ran her hands over her face. “Now I have the splitting headache. If you two can’t say anything nice – just stay away from each other. I have enough to cope with.”

“Yeah, sorry,”Nancycalled as she left.

Patty sat until Pete finished and then took the empty clothes basket.

“I really wish things were better.”

“Your Dad really wants to have his own business. To be in charge for once and not have idiots telling him to do stupid things all day. I want him to have that chance.”

“I know it looks terrible right now. But I am sure it will get better soon.”

Patty left the room, closing the door behind her. Pete looked at the time, raced around his room grabbing things and stuffing them into his backpack. He ripped off his shirt, grabbed a clean but stained and ripped one, pulled on his jacket and raced to the garage.